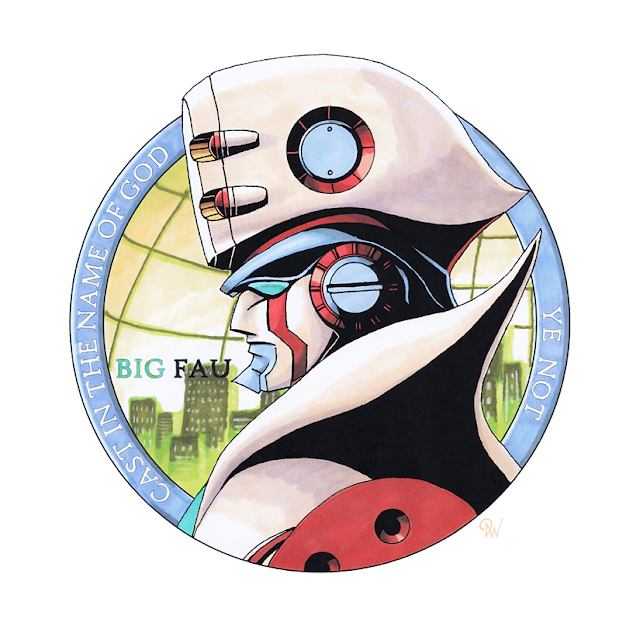 The third piece in this "Cast in the Name of God" set is the more penultimate Megadeus, the Big Fau. I was very happy to pull off its off-white base color without using my typical myriad of greys. The background gave some minor issues as it started to clash with the name. I was able to separate the two a bit, but I feel I could have done a little better. All in all, though, I'm happy with the turn out of this one.