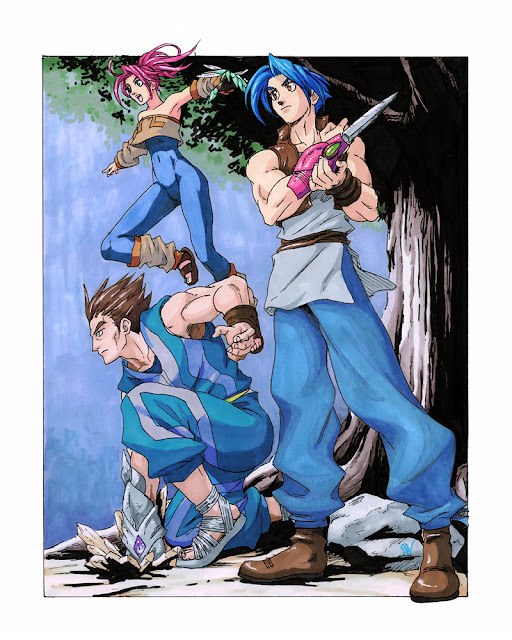 A random one-off pic for the PS1 game Legend of Legaia, depicting its 3 heroes; Vahn, Noa, and Gala. Admittedly, it's not a game I've ever beaten, but have seen the majority through my now-wife's and her brother's playthroughs, back in the day.

I wanted to give it a manga feel, for whatever reason. Not really much to it beyond that.
An unexpected issue with this piece, however, was that all three of them wear predominantly blue... And along with a hazy blue backdrop, this oversight really drowned out this piece. I attempted to alter some of the colors digitally, but they still don't differ enough...

The name of this piece is a pun on the names of their "weapons," the Ra-Seru. Since they're heavenly "artifacts," I decided I liked the similarity to the French words for "The Sky."