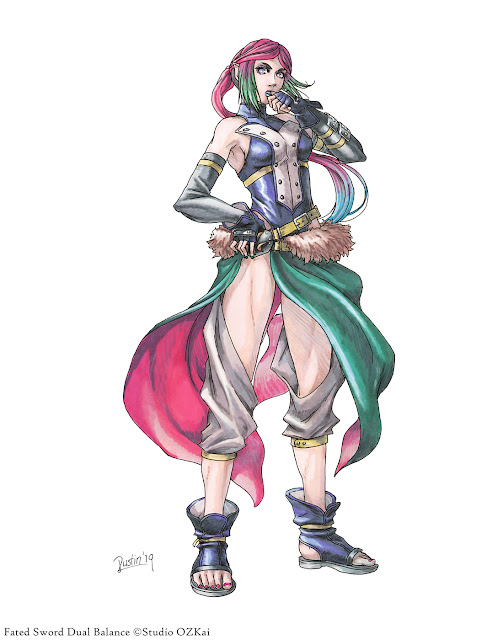 Posted by Studio OZKai at 1:51 PM No comments: 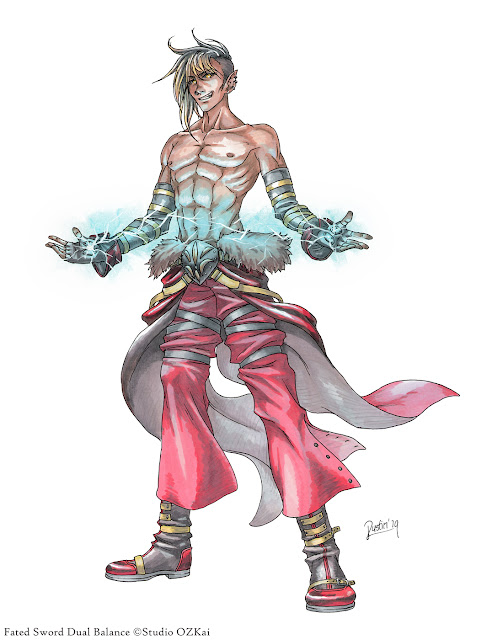 "Humans are all so humorously fragile — they're nothing but a spark to my luminescence."
With manipulation of atmospheric pressure in his possession, the arrogant man aligns himself with the winged shadow looming over Ogelna.

A new character I developed on the fly who will make his appearance toward the end of book two, along with his sister, Mist. I realized I sorta had all my cards on the table after book one, and I needed to add new players to keep the story from getting too linear, plus for further world building. It doesn't stop with these, either, I've got a good deal of new faces in the works as the story unfolds further. I developed these two to be villains that truly work in tandem, and Surge in particular has powers over atmospheric pressure, allowing him to manipulate wind and even lightning.
For his design, I decidedly took some inspiration from Shinsuke Nakamura of WWE fame, but definitely tilted it toward something that works withing the otherworldly confines of Ogelna. Getting the colors to work with both the regular master light source and the electricity was interesting, and a bit bold. Aside from just plotting out the shading with markers, I also used chalk pastels to create the overall luminescence which I took an eraser to "chisel" in the shape, and completed the effect with the white POSCA paint pen.
I hope as the story progresses this becomes a character you love to hate (lol).

Posted by Studio OZKai at 10:10 AM No comments: