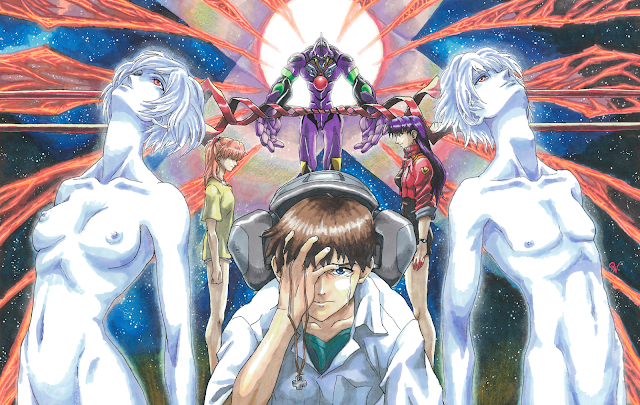 A redo of a piece I had done way back in 2005, this piece was both a nod to one of my favorite movies (still, to date), as well as an overall visual of how far I've come in the last 12 years. I saw The End of Evangelion in my late teens, so I definitely feel I saw it at the ideal point in my life to have the biggest impact (heh), and that it did. Evangelion as a whole influenced a lot of my current social perceptions, and rightfully shaped me into who I am today (for better or for worse).

While the prior version was inked on a legal size (14x8.5) sheet and colored digitally, this version was done on 11x17, and traditionally. Kind of an incidental flip on the franchise's current trends. My understanding of anatomy has improved dramatically, but I've seemed to have lost the ability to mimic Sadamoto's linework styling (though saying my first version was a successful attempt would be an attack on his talents).

Things like the background were much more fleshed out, and each character has been added some dynamics to their prior stoic and bland forms. The Eva's wings have also lost the inked lining to their shape, and are now all colored and a brighter color. The starburst around the sun was the riskiest part, but I feel it paid off when viewed with the whole of the work. 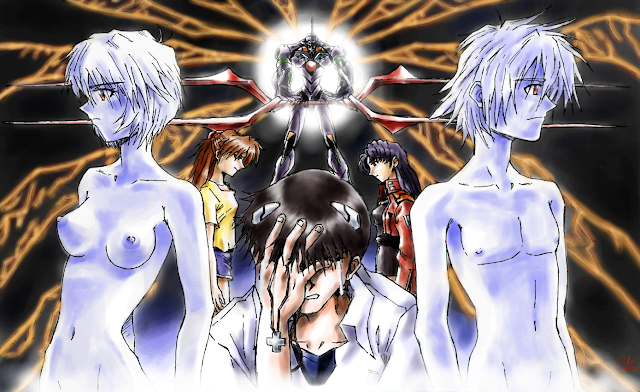