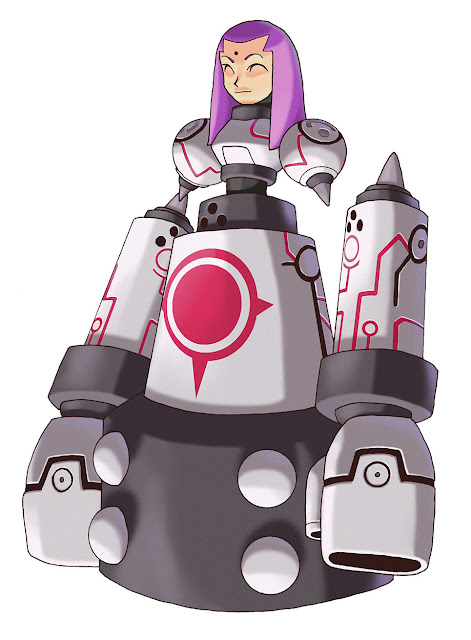 Maybe it was just the shock of this character, who came almost literally out of nowhere in the last few minutes of Mega Man Legends, or his strangely calm, callous demeanor, but something about Juno stuck with me. Once I discovered no official art exists for his character (despite one very rough draft, which hails from one guide book), I knew I had to somehow make up for that...

I tried my best to mimic Hideki Ishikawa's at-the-time style to allow it to mesh with his other designs from the game, though going with the lighting used on the reaverbot illustrations, since he tends to fit in better with them than characters like the Bonnes or even MegaMan, himself. I don't declare it 1-for-1, by any means, but I think I got fairly close. The red digital-esque lines were a challenge to pull off, but I think they came out good given what I was working with. The final touch was giving it a "scanned" look, using some filters and reverse-DNR, just to really cement it into looking "official."