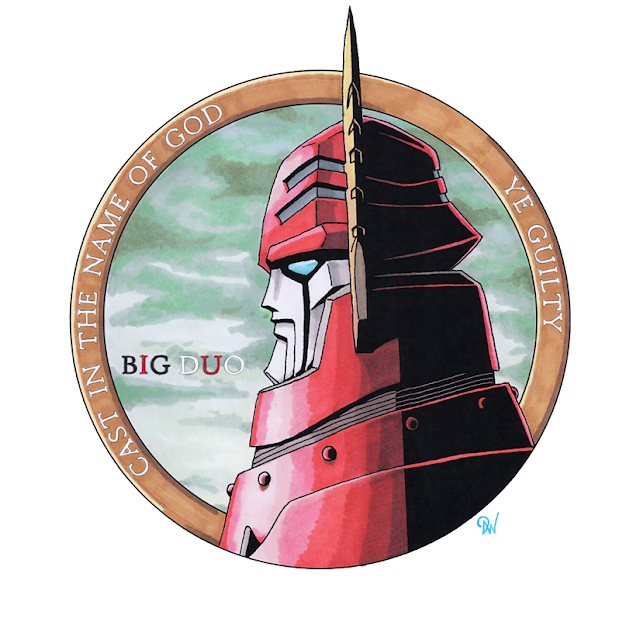 The second piece in this "Cast in the Name of God" set is the first true rival Megadeus, and the second Big, aptly named Big Duo. Not much to note on this one, it followed pretty straight-forward. I think its color palette is my favorite among the set, though.