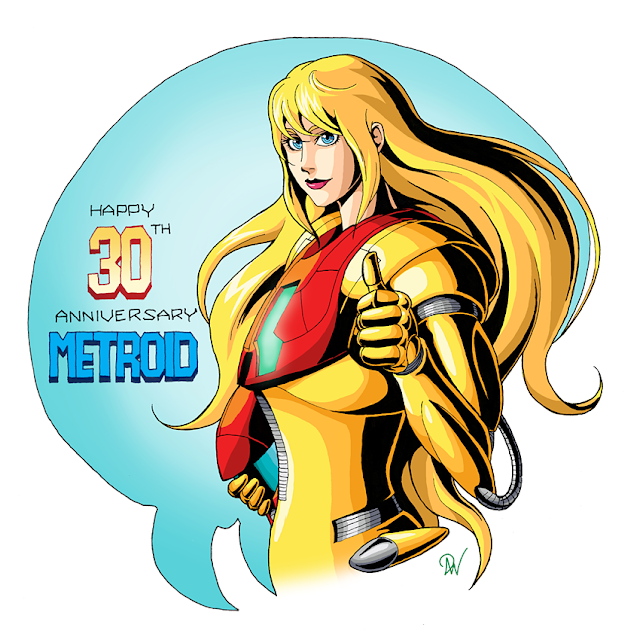 So, yet another Samus picture, lol. But yesterday (August 6th, 2016) marked the 30th anniversary for the first Metroid game releasing on Famicom Disk System in Japan. It's a sort of somber anniversary, though, as it's the first Nintendo franchise to hit this mark and NOT have a new game on the way (Yeah, I know Federation Force, but while I don't bash the game as much as others, even I still feel it's not the Metroid game we need).

Since this is the anniversary for the maiden game's release, I decided to draw her power armor basing it off of the design used in old art and promos for the original Japanese release, but using an art style similar to Zero Mission. To really cement the "classic" appeal to this picture, I did a "Justin Bailey" variant, with green-haired Samus, but the pink Varia Suit (Yup, no swim suit or Zero Suit from me, this time, lol). The variant is below the blurb, here! 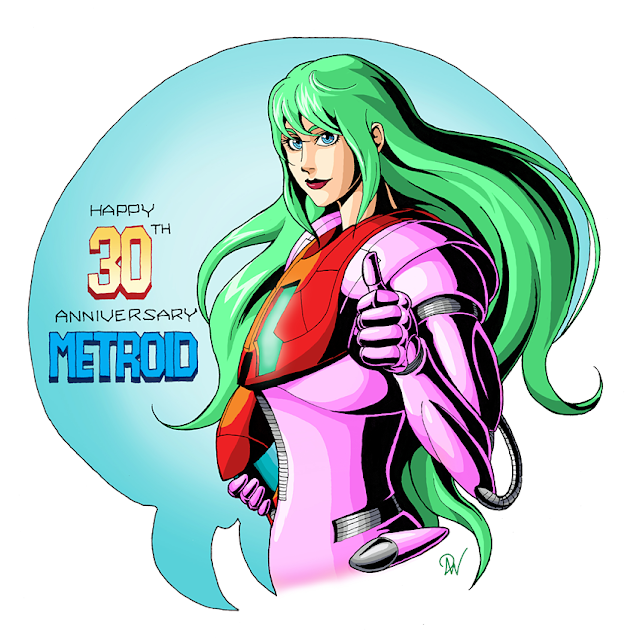 Posted by Studio OZKai at 8:23 AM No comments: