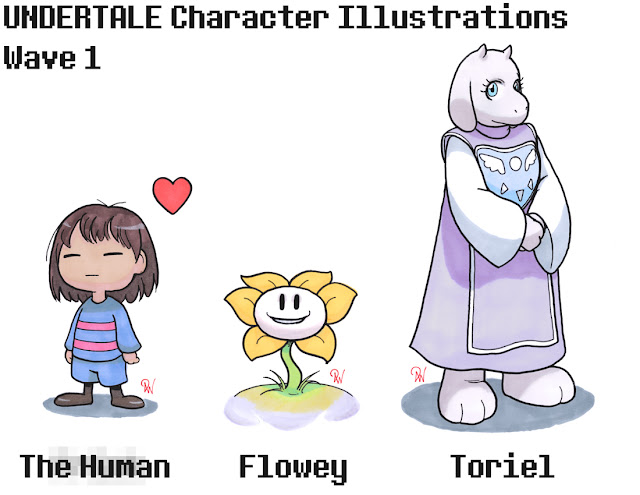 -Wave 1-
I had recently watched a playthrough of Undertale, which is a game I have been wanting to play (And since a Switch announcement has been made, I'll likely wait for that), and it's amazing how simple of a game it is with characters that are so easy to get attached to. I decided I wanted to do a few simpler illustrations of the characters.
I tried to go more off of Temmie's style for the base designs, but making them simpler in style. Of course, she didn't actually design most of the characters, but I feel her style's the more solidified for the game's art direction. Nothing against Toby, of course.
For the first set, I did Fr-- the Human, Flowey, and Toriel; your first 3 characters met in the game. 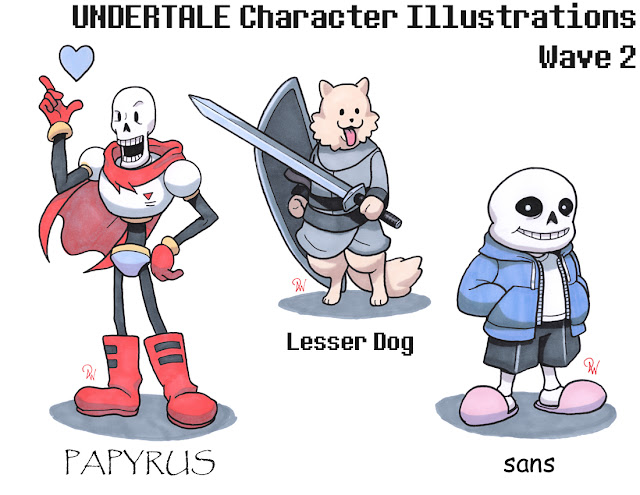 -Wave 2-
For the second set, I did those you meet on the way to Snowdin; the Great Papyrus, Sans. and Lesser Dog because I had the space for him over Greater Dog. Since I gave the Human the red SOUL (the default for them), I was going to theme the bosses who change your SOUL's color by giving them their respective hearts - With Papyrus's being the blue SOUL.