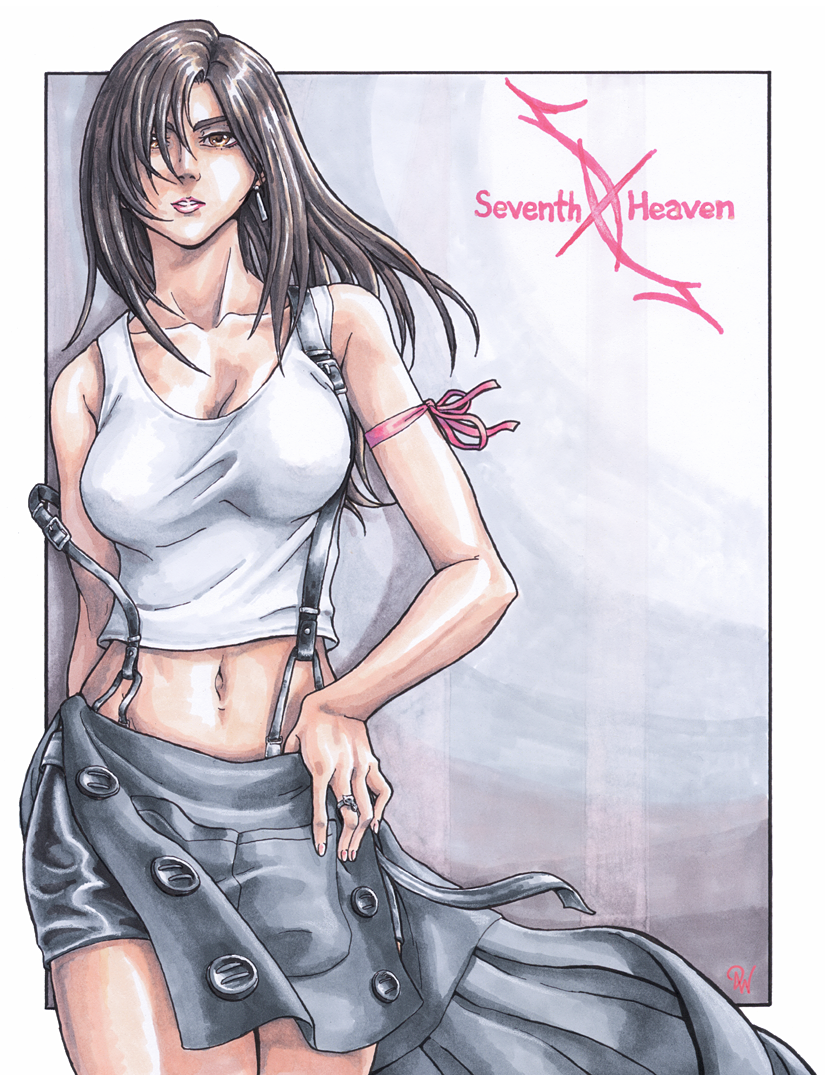 I admit it. Growing up, this was likely my first fictional crush. Of course, I was also 12, at the time.
Among many, MANY things Final Fantasy VII is known for, it's safe to say that Tifa is arguably one of the most popular outside of the gamer stratum. At a time where kick-ass female characters were starting to emerge, she also had the deep personality and character to keep her from being just another pretty face.
I did this picture digitally back in 2007, so almost 8 years of new techniques and broader study of anatomy and "physics" made this picture a "Definite" on my redo list. This one also challenged me with the lighting and shadowing, to which I think turned out far better than anticipated. The biggest change to the old one was sort of me trying to blend her original appearance with her Advent Children one, going for her white top and miniskirt with the apron/cape and pink ribbon being the only tack-ons from her movie visage.
Also note the barely visible "VII" in the background... 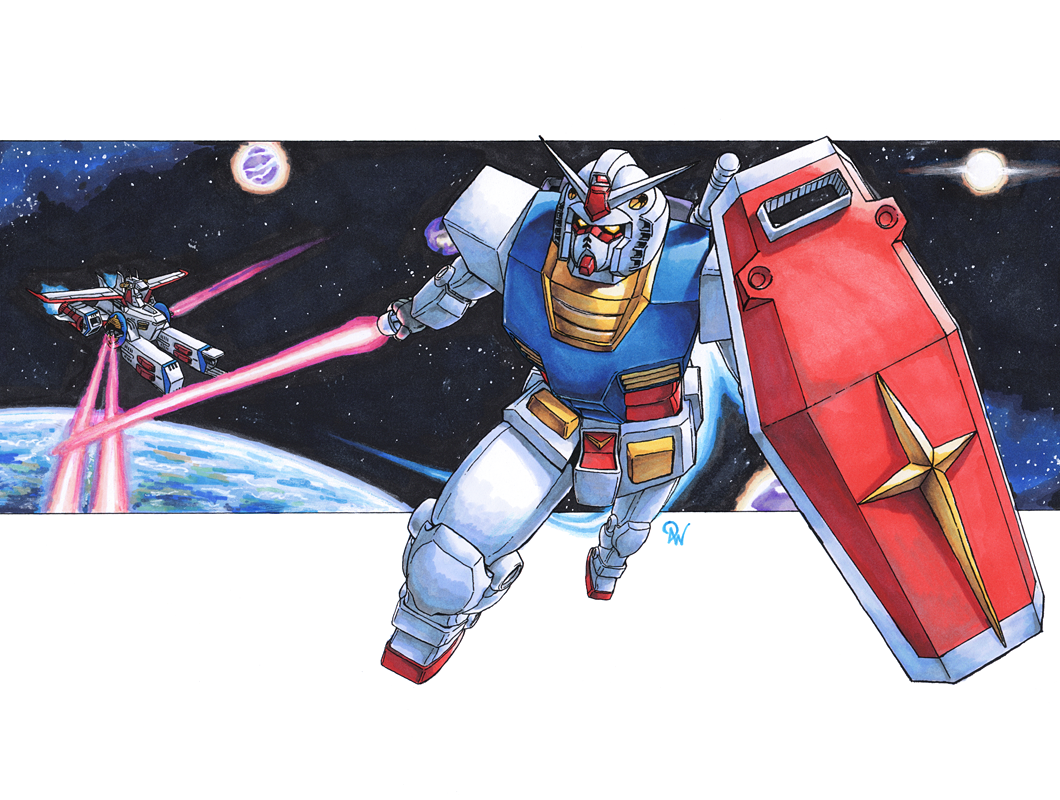 I'd wanted to do just a picture of the granddaddy Gundam for some time now, and figured I'd do something with a bit of classic space scenery. I'm trying to get used to doing backgrounds since a lot of my commissions have requested them. Also, White Base.
I penned this pic some time last year, but finally decided to color it. I had the intention of making this an 11x17" piece, but I noticed that 90% of my unfinished work is that size, so I figure that's likely my problem. (lol)
I didn't expect this picture to have the level of shading I put into it, but ended up evolving almost unconsciously. The exploding mobile suit orbs were fun to do, since I wanted to make them look more than just orange glow-orbs, like they appear in most of the 90's works. A nice little test piece that brings a good homage to the father of real mecha, I think. 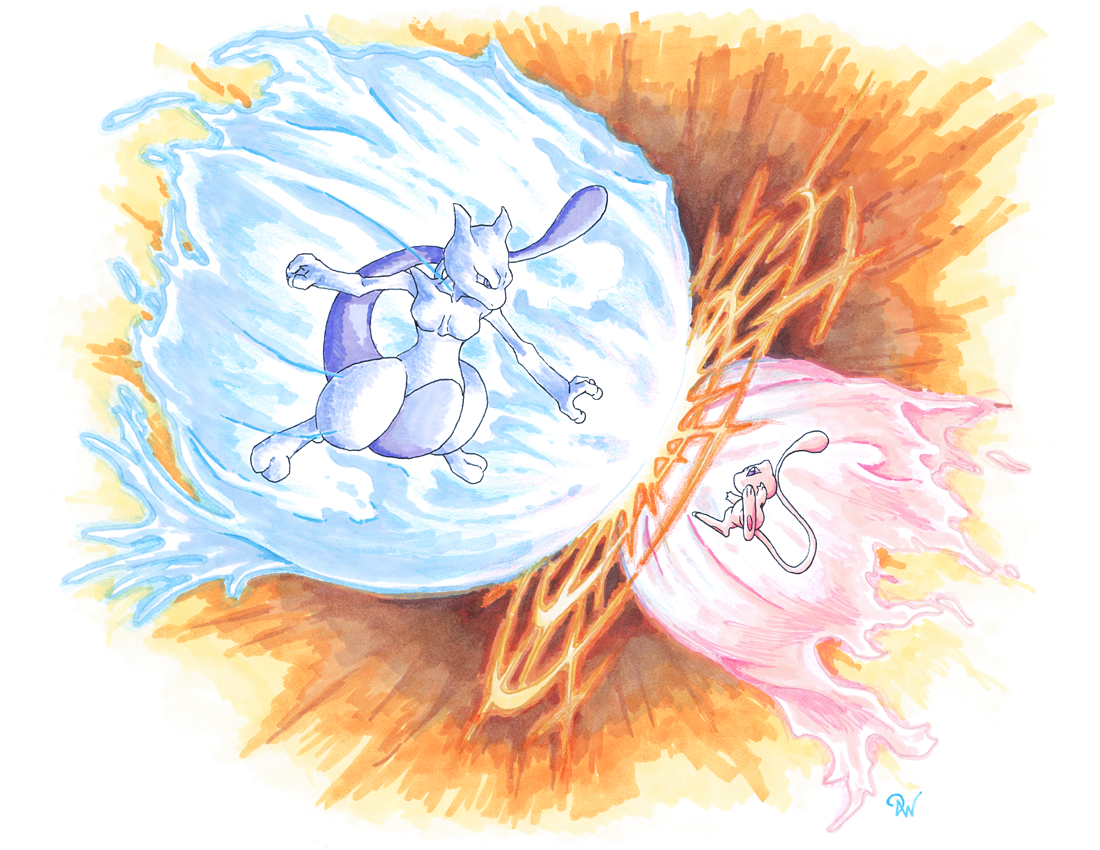 "Proof of Existence"
(Mewtwo and Mew from Pokémon: Mewtwo Strikes Back)

This was another piece I penned last year but didn't get around to coloring until today. One sitting, at that. Mewtwo and Mew have always tied for first place as My favorite Pokémon, and the first movie probably helped with that.
The composition was inspired by a display by Tamashii Nations when they showcased the Mewtwo D-Arts. I tried to put some subtle diversity into how I colored the two characters, making Mewtwo's shading much more haggard and jagged, while making Mew's more calm and steady.
In retrospect, I honestly wished I had done the background colors in shades of purple and violet, but I don't have enough markers to give it the effect I put into it. All in all, I think it turned out better than I though it was... ^_^;;

This was a commission requested, once again, by Falldog over at Otaku Revolution, done for his Layman's Gunpla Guide page for his 6th year anniversary. Sadly, that was a year ago, and I missed the deadline by a tremendous margin, due to alot of RL issues, several consistency problems with the art itself, and a complete drain of my motivation. Thankfully, he was extremely patient with me, and when I started feeling motivated to work on art again, I knew I had to get his pieces done.

The two characters were drawn individually as separate illustrations and compiled into a single banner. Drawing the runners on Amuro's image proved to be the biggest pain, while coloring something as complex as the box and manual on Char' image had no issues. Kinda weird, but whatever. (lol)

Banner: Compiled and edited in Photoshop 7.0 and Photoshop Elements.
Posted by Studio OZKai at 7:47 PM No comments: 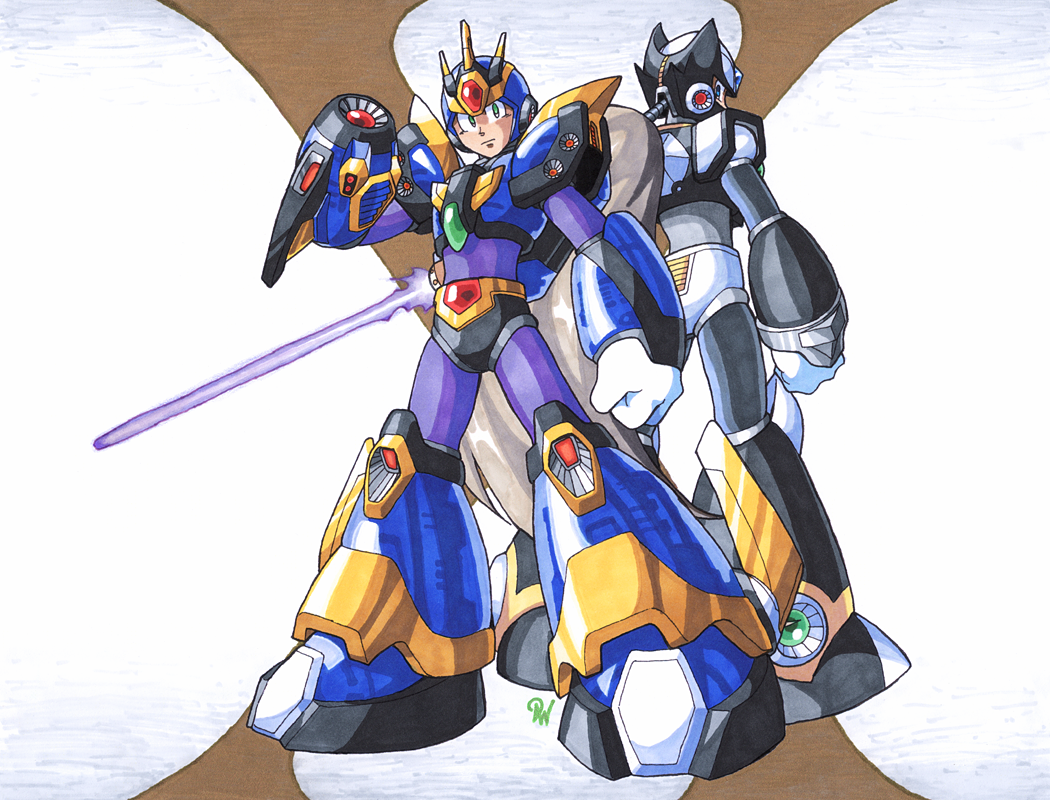 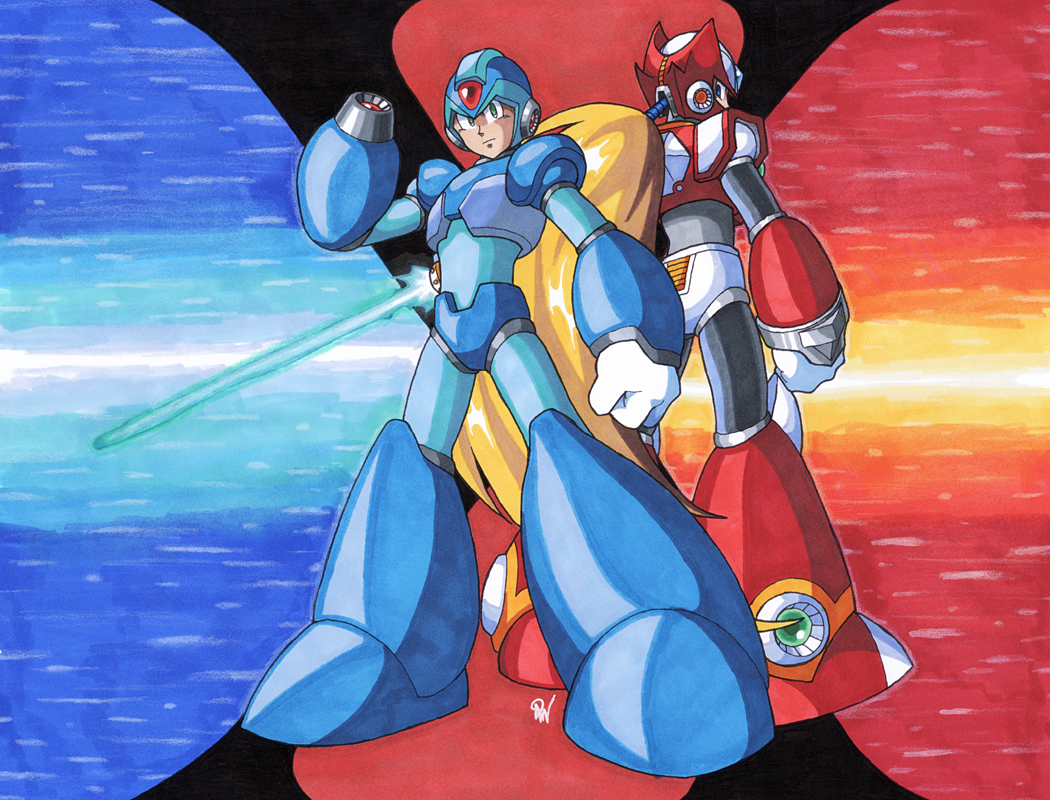 I've always loved the X series Mega Man titles. Because of their more hardcore setting and fun, interesting gameplay, it feels like a true sequel to the Mega Man franchise rather than just another chapter of the same story. I also love the approach of the rivals-in-arms friendship of X and Zero. This illustration was a bit of a gush for me, pouring out my love for MMX onto paper is something I've not really done since I was young. Even less, it be an original piece.

In a rarity, this one actually turned out better than I anticipated, with no issues on marker-bleed or misplaced colors to note. I do wish I could highlight Zero's Z-Sabre better, but I'm afraid of overdoing it's effect, so it is what it is.