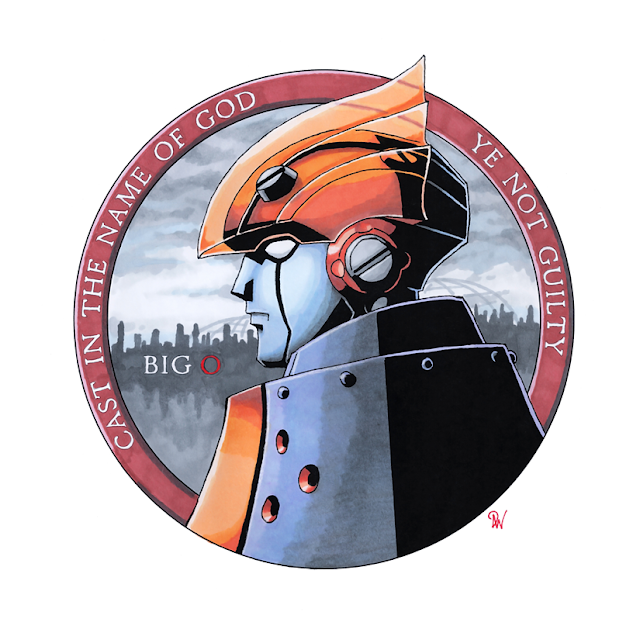 The first piece in this "Cast in the Name of God" set is the titular Big O. I think I inked this piece 3 different times before landing on a style that I was satisfied with. The colors came a bit more naturally, at least, though I will admit some of my markers were giving out on me, resulting in a lot of layering to get the coverage and colors I was aiming for.