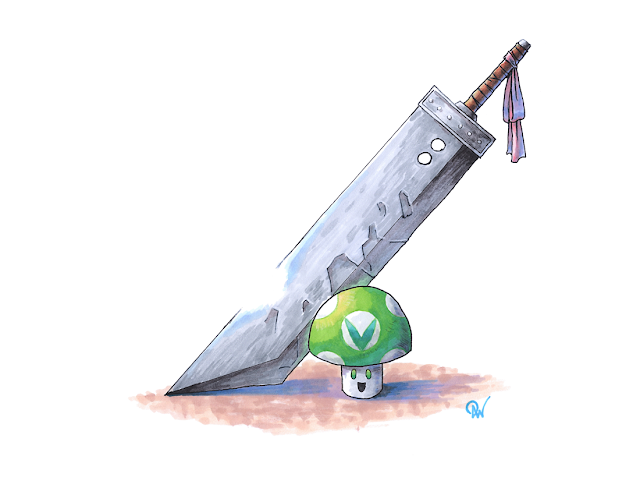 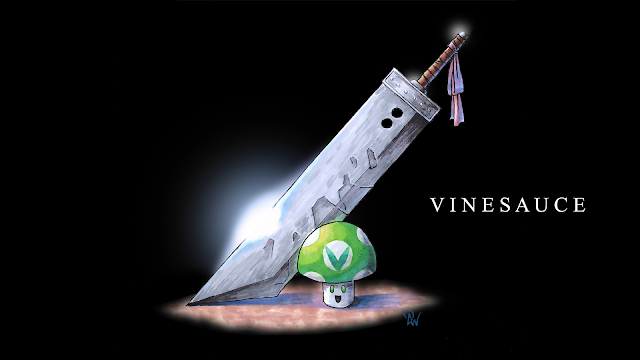 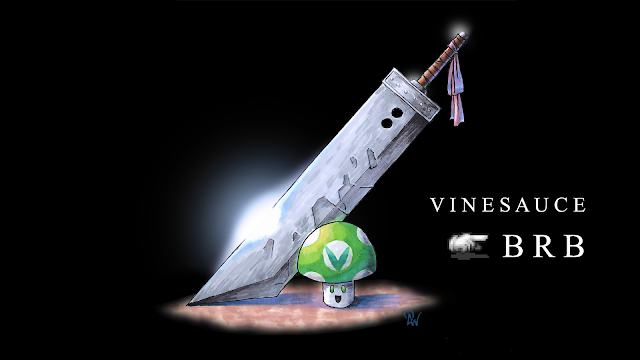 Those Chosen by the Planet - Set 4 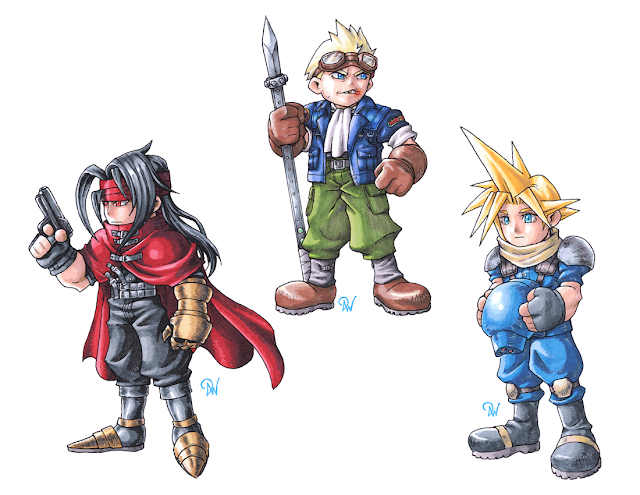 Part 4 of the FF7 project. This one finishes off the playable roster with Cid and Vincent. I managed a solution to keep this from just being two characters and to pair with Zack, I brought in Cloud in his Shinra Guard uniform from the Nibelheim incident, looking all mopey and ashamed. (lol)

While I anticipated keeping all the textures of black material diverse on Vincent to be a challenge, I did not foresee Cid's design being so complex in its color palette. He also features several interesting efforts, such as the lenses on his goggles, the light from his cigarette, and the patches on his bomber jacket.

Those Chosen by the Planet - Set 3 Part 3 of the FF7 project. This set introduces the secret characters into the mix, with Yuffie. However, when I realized that the numbers were gonna be off by one if I just stuck with the playable characters, with 3 to a sheet, there'd have only been one person on the next set. So, I opted to add bonus characters, starting with Zack, Cloud's friend from SOLDIER (As well as the protagonist from Crisis Core). But with Vincent and Cid left, that's still only two characters for the fourth set... Or is it?

I never noticed how much color separation Yuffie's outfit has until I went to color this piece. Needless to say, she was the hardest on here. However, with the added pencil hatching effect on her fishnets and the tassels of her headband, I think the effort shows more, as well. Sadly, in the case of Zack, I'm not positive I color matched the blues I used on Cloud's picture very accurately. :\

As mentioned with the previous sets, I am hoping to sell these as individual prints, later down the line, probably as 5x7's. 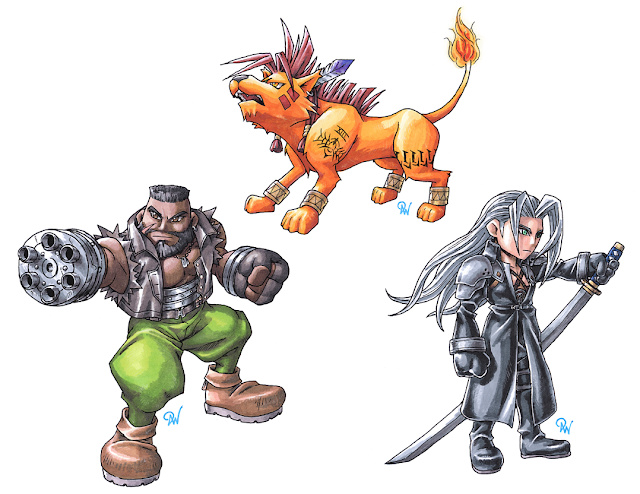 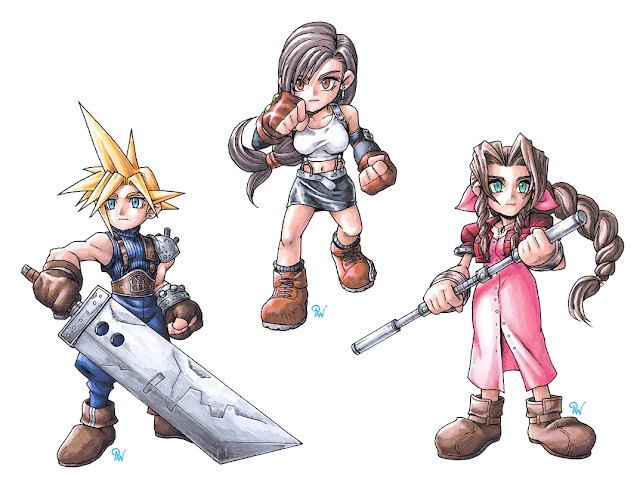