Doth Thou Desire the Power? 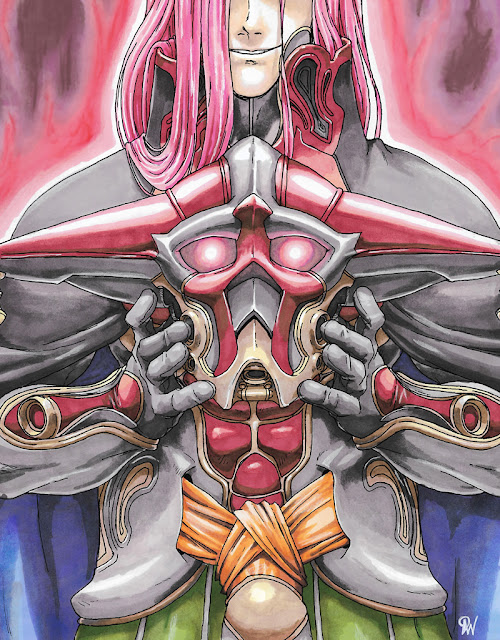 "Doth Thou Desire the Power?"
(Xenogears)

There's not a lot I can say about Grahf that isn't spoiler-territory, but suffice to say he's definitely one of the more sympathetic villains in the massive story of Xenogears. His outfit also stands out a lot, reminiscent of a dark royal jester. It's the type of design that leaves an impression.

To start with the obvious, I was inspired by those variant covers to BOOM! Comics' Power Rangers done by Goñi Montes. And as Grahf is the masked villain of Xenogears (For good reason), it just sorta clicked.
Coloring was interesting given the detail of his outfit. A LOT of details scattered among the ensemble, and the colors were difficult to do in a way that made the focal points pop.
The background - what little there is - was a mix of markers and chalk pastels, but for the final, I did a little blurring to mask the harsh pastel marks that refused to blend.