Ties of Sea and Flames 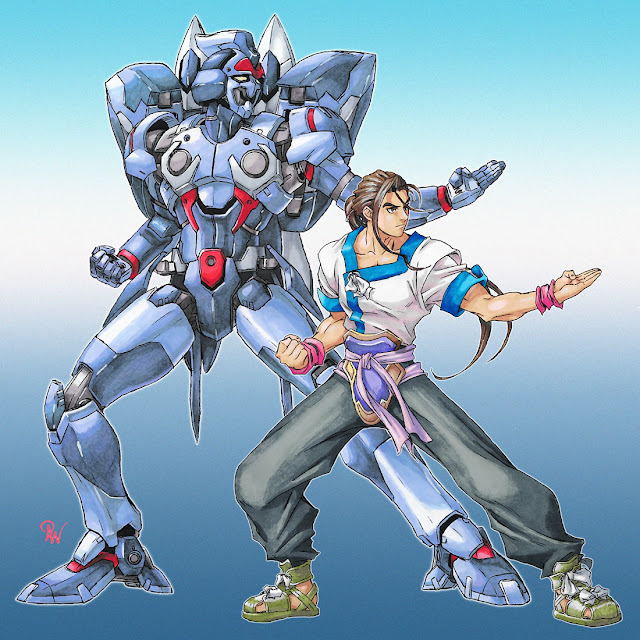 "Ties of Sea and Flames"
(Xenogears)

I had initially planned this for another illustration, but scrapped it and used the concept for these two for itself. The images were drawn and colored separately and put together digitally for the final. Trying to match the poses between the two while maintaining the perspective of the differences in size was interestingly challenging.

Coloring was even more of a trial because, surprise, some of my markers are wearing out, meaning I should replenish soon. So some of the colors are touched up here to keep this from becoming a shelved project. Oddly, this effected Fei way more than Weltall, which had minimal problems with marker dry-out and more just trying to replicate its shades of blues. Thankfully, the new figure announced helped me better understand its color layout, so this should be my most accurate-to-official Weltall illustration yet. 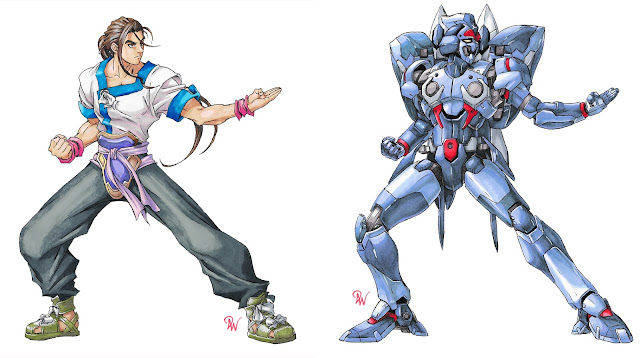 Individual images of Fei and Weltall.
Posted by Studio OZKai at 3:32 PM