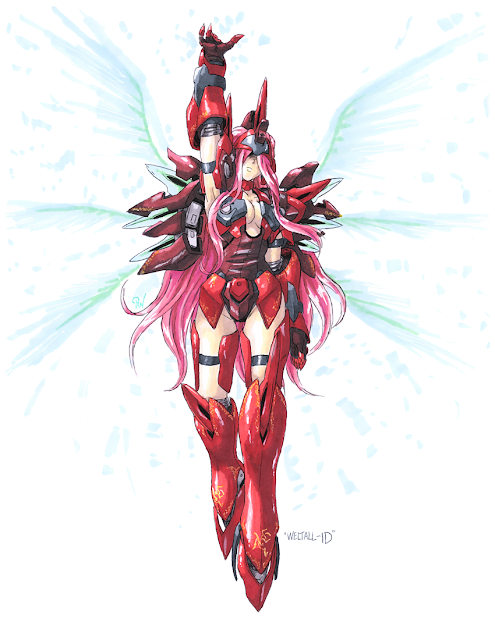 And here's the counterpart to the Weltall Xenogal, its altered state, the Weltall-Id. Aside from making sure the two "worked" in terms of being transformed versions of one-another, A lot of the geometry on the wings and spikes were giving me a hard time. Adding in the wing and feather effects really sets this one apart from the previous two, but gives it an air of chaos that's fitting of the gear.
Of course to match the fact that not only the machine, but its pilot "transforms," I made the girl appear as Fei's alter-ego (or lack thereof), Id, though I hid her eyes to give it a more menacing feel. Though I admit, this does make her head appear smaller.