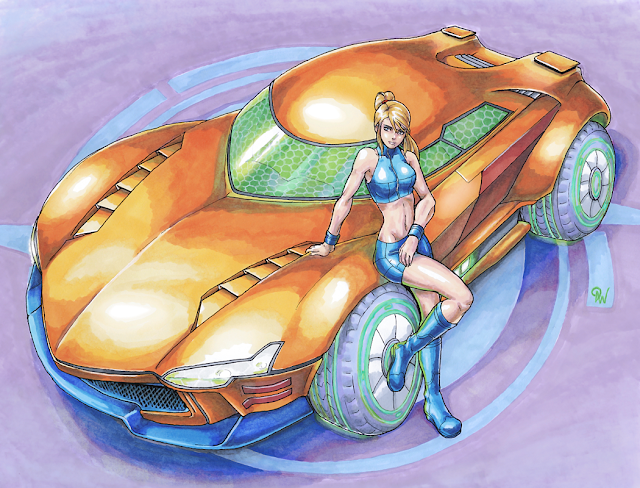 Metroid's been getting a lot of love, lately, eh? Two new games -one of which is out now- and also a "cameo" in the extreme fantasy sport game Rocket League; who's Switch port has exclusive cars based on Mario, Luigi, and Samus' Gunship. Admittedly, I let the idea of a pin-up illustration run away with me, to which, here we are!

I will say, I haven't seriously drawn a real car in a long LONG time, so this was a daunting endeavor, but I found just enough references to make the thing work with minimal guess work as to shapes and details. I'd say the biggest challenge was deciding to still go with traditional for the piece, but I think it adds some character I know would have been lost had I attempted digital. The colors all balance really well, which I am proud of, especially going with Samus' Fusion ending suit, compliments the orange of the car.