We Change the End 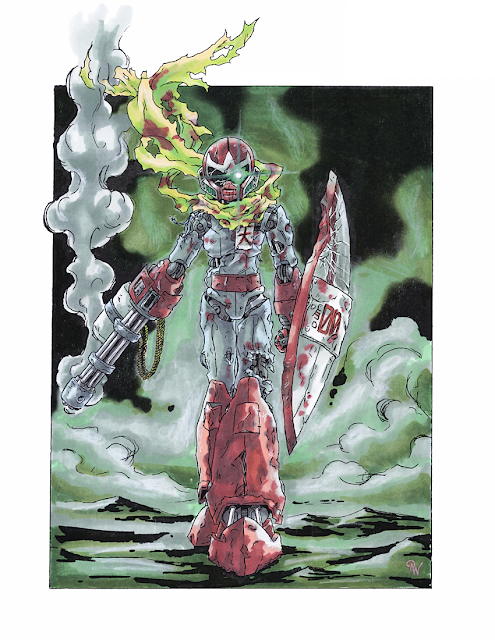 Along with the last picture I posted based on The Megas' History Repeating: Blue and Red, I did this one for Proto Man, giving him a much more worn, aged look. I went with his Break Man visage to go more with the song "I'm Not the Breakman," which gives Proto Man a much darker history, filled with betrayal and jealousy, seeking revenge on the One who stole his role as Dr. Light's "son."

As with Mega Man's, I wanted to give the background a more simple watercolor look to contrast with the rough inks of the lineart, giving the overall look a strong manga-panel feel. Since Proto Man's base armor color is red, I went with green to contrast with and help him pop. Though, unlike Mega Man's, whose colors were more vibrant, Proto Man's are more muted and subdued. In all honesty, I think I'm happier with the outcome of this one than the other one. lol