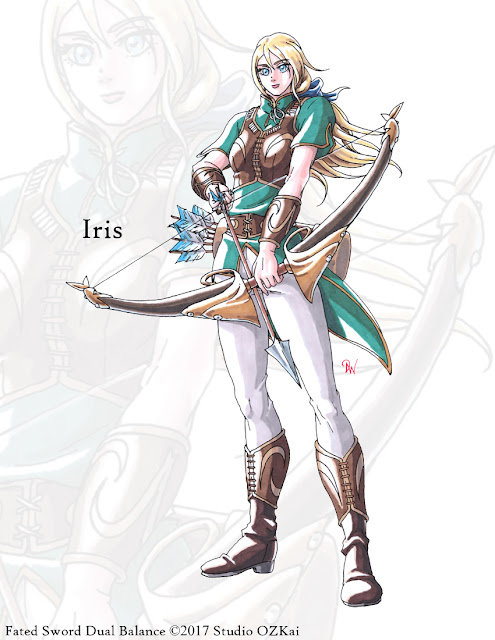 Friend of Elysium, and a brilliant archer and scout. Her eyesight is like an eagle's, and is able to rapid fire with tremendous accuracy. 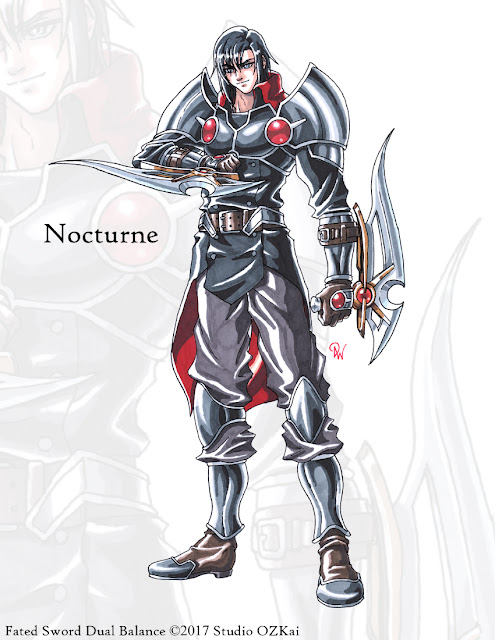 A dangerous hunter who assaults Terra early in his journey. Does he have affiliation with the creatures destroying towns all over Ogelna, or do his loyalties lie elsewhere? 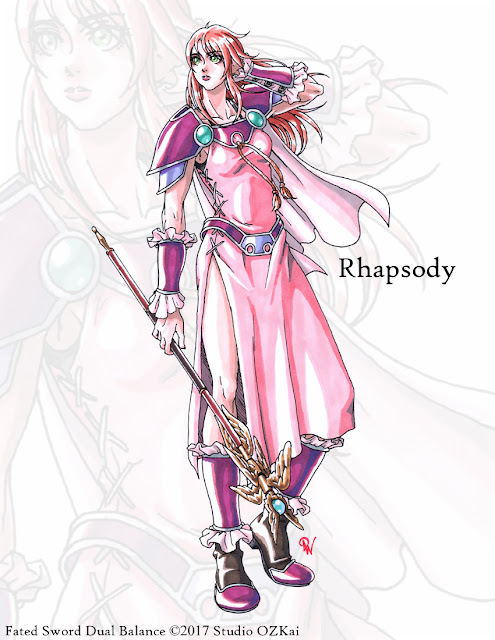 A young refugee from the destroyed city of Judah, she was separated from her family and ended up in the forest where Elysium now camps. While raised as a mage, Rhapsody's mother disappeared too soon into her training, her confidence and potential still not fully tapped. 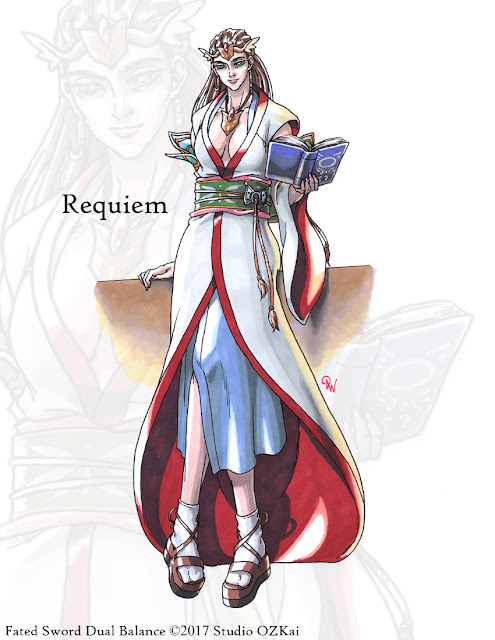 The local fortune teller of Terra's hometown of Gaf, she is responsible for the mission to retrieve the Fated Swords for which Terra sets out on.
She exudes a mysterious air tht hints at wisdom far beyond her years. 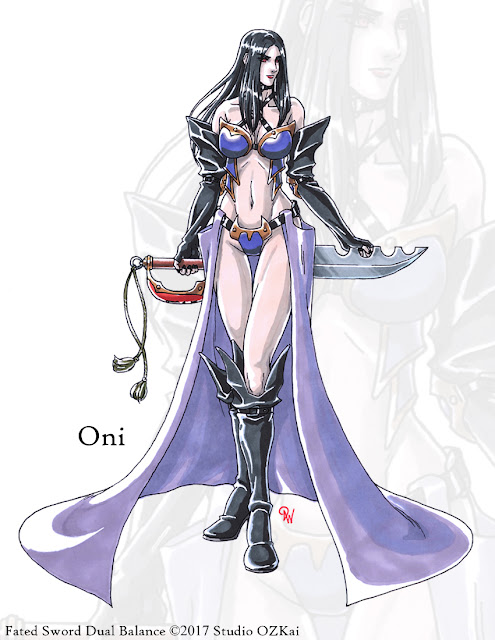 "Oni" is the chosen bearer of the sword of wrathful earth, Helgram.
Born with a deep hatred for the humans that betrayed her, she commands the group Il Inno de Morte, destroying much of civilization in search of something.
She will face off against Elysium and Terra, forever altering her destiny. 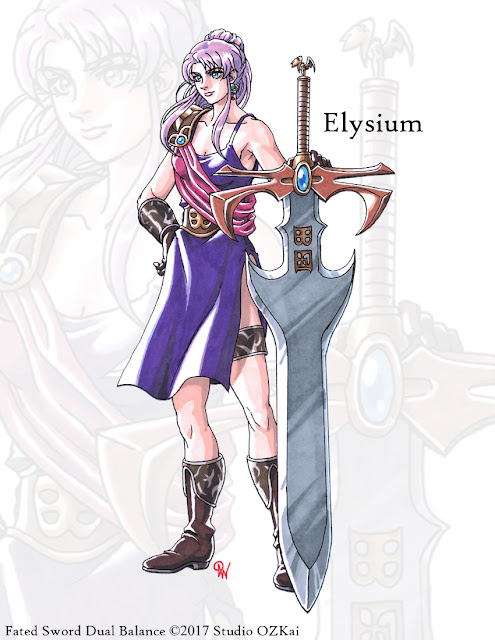 Elysium wields the sword Aegis, the heavenly protector, and is leading the one-sided battle against a group destroying humanity.
When she encounters Terra, the two discover just how deep the war has gone... 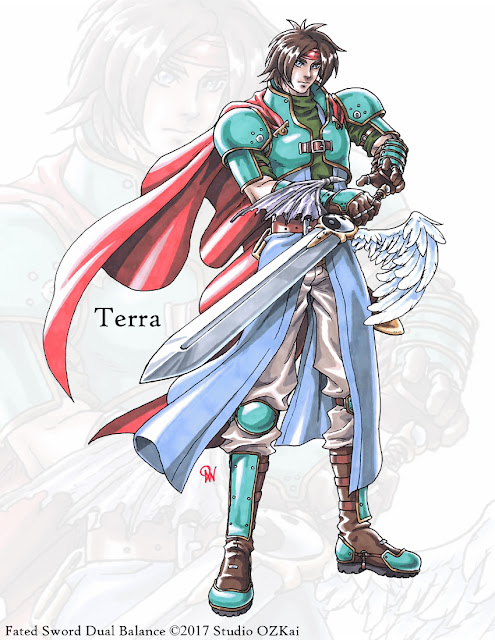 Terra is the main protagonist and wielder of the sword Dual Balance.
In his quest to locate the other two Fated Swords, he will stumble into a quiet war a millennia old. Within, he will find out the truth behind its bloody past, his blade, as well as his "self." 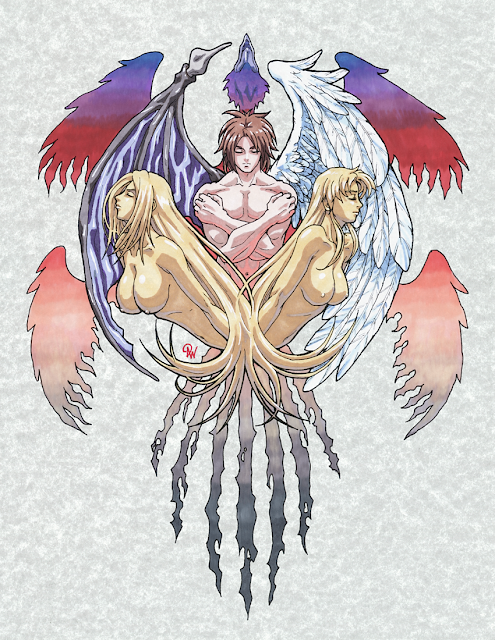 Sorry if I'm spamming my own creations, but my interest super-piqued recently. This is a redo of a piece I did back in either 2007, and never posted on here for whatever reason (but can be seen below). I think I let this piece kinda run with my minor inspiration of The Record of Lodoss War, which when I created these characters and story, I had only seen 2 episodes of the OVA randomly in even earlier 2000's. (After watching it again last year, it's weird how much stuck with me about it.)

As with many of my remakes, I've switched from digital to traditional mediums, but I'd like to think my understanding of anatomy, wings, and overall composition has improved. Some might say the lighting on the older one may have looked more dynamic, but I believe that hides just how bad the linework was. Also happier with the color balance for this one, as well. The character designs have also shaped up well, and definitely wanted to reflect that in this update. 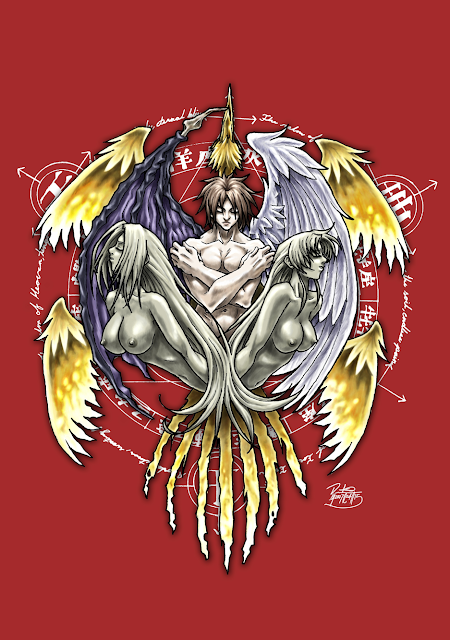