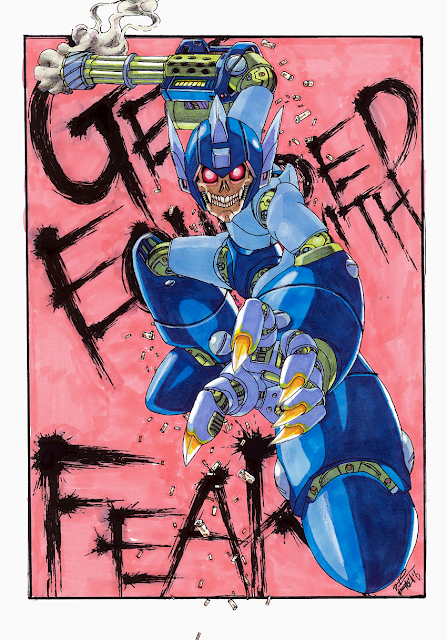 I did this piece, not only for Mega Man (or Rockman), but also for The Megas.
If you've ever listened to their music, they make rock versions of BGM from the Mega Man games and give them lyrics, largely from the perspective of the robot masters, and make out Mega Man akin to a god of death, destined to pull them from their steel mortal coil. It gives a strong feeling of "history is written by the victors."

My first full illustration in Prismacolor markers! I had some real fun taking the liberties of making Mega Man look truly frigtening whilst still retaining what makes him iconic.

"Get Equipped with Fear!"

Back in 2009-2010, The Megas found my picture and posted it on their site. Sadly, their site has been overhauled and the fanart section since removed.