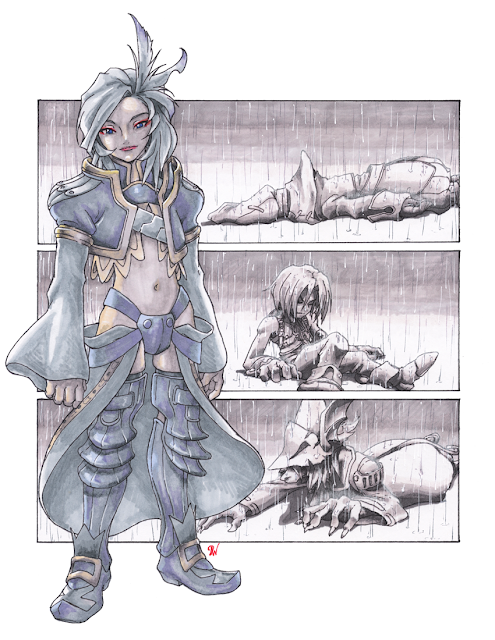 As a "classic" Final Fantasy fan, I never understood why FFIX never gets more attention. I mean, it had everything that makes A Final Fantasy a, well, "final fantasy." But I digress.
This illustration was an attempt to redo an older piece I did way back in 2004, now that official art has finally been released publicly. However, with even my composition understanding broadening, it can hardly be tied to the old drawing.
This one also had an experimental purpose, where I tested using a white chalk pastel to mimic rain bouncing off of surfaces. Stuff like this really gets my brain going, and I love it. Though I'm sure I forgot some places... 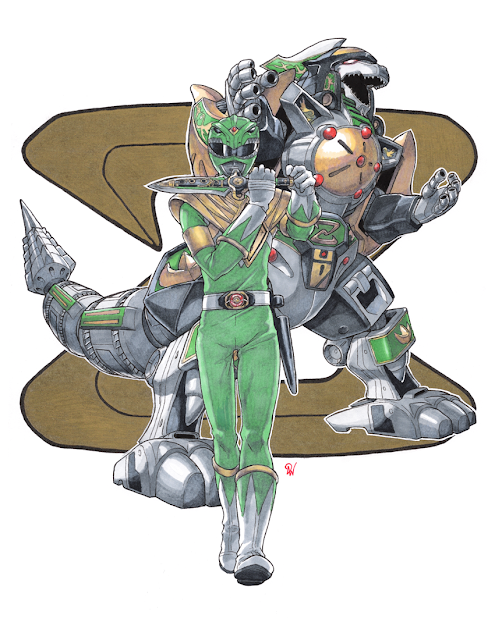 As my favorite ranger back when I was in my youth, the Green Ranger (in Mighty Morphin Power Rangers) always stood out among the other five. His outfit was visually distinct; from the inverted triangle patterns on the boots and gloves, gold morpher/buckler, and the armor and gold bands about, his very presence demanded appreciation... Well, that, and he started as Anti-ranger! When I did the other two Sentai illustrations, I couldn't pass doing the most outstanding one for myself. 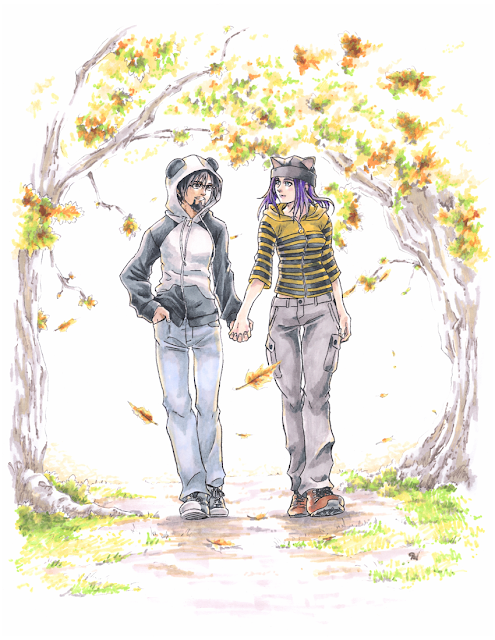 This piece was an interesting challenge mostly because of the more natural tone and the addition of a background - something I had yet to do since working with Prismacolor markers. considering the level of precise detail I was given with only the smallest bit of artistic liberty, I am extremely proud of this piece, and hope to do further things like this. It's a good change of pace from the usual anime/video game fan art I'm used to.