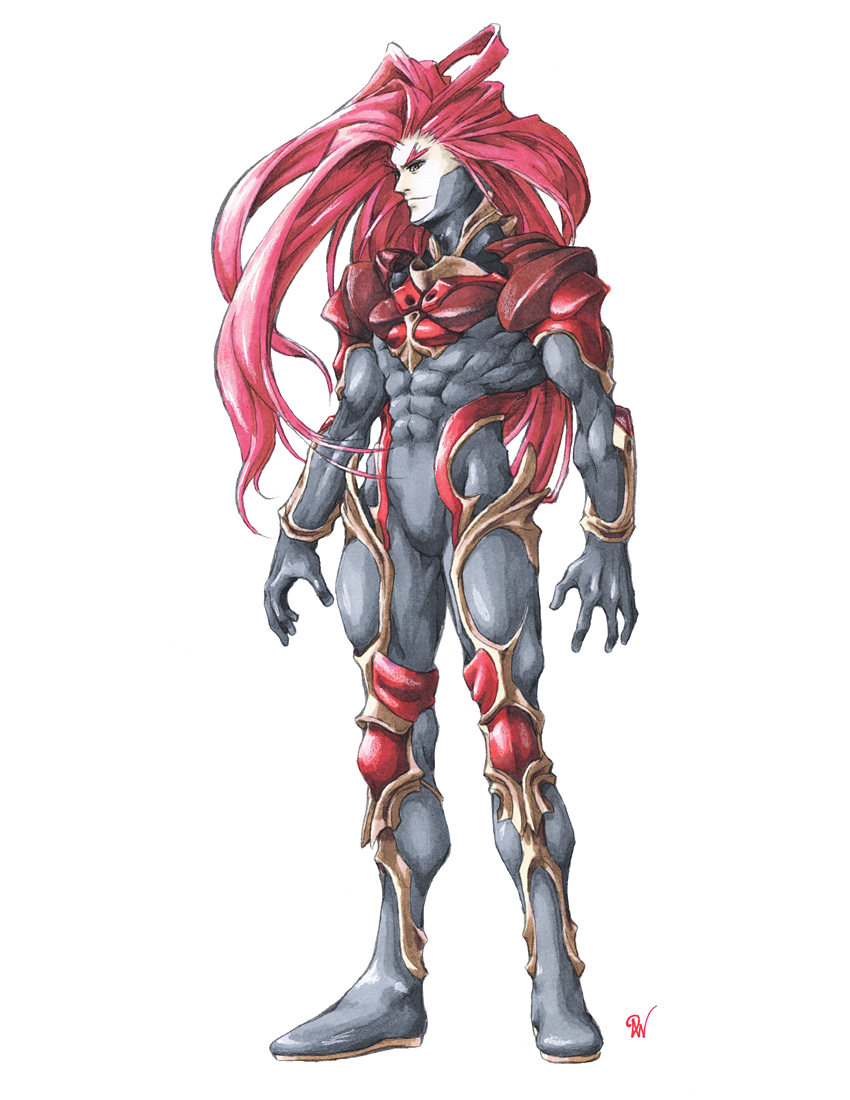 Not completely original, but rather a clean-up redraw of a sketch by Kunihiko Tanaka and then colored. Id is probably one of the more interesting "villains" from a video game, and the almost-bizarre choice of superhero-like spandex overlaid with armor seems to actually work so well (Not to mention his kickass Gear). A lot of guesswork went into the cleanup and coloring, but between the very few references out there, I'm confident that I got close to the intended design of his outfit down.

Message from Another Time 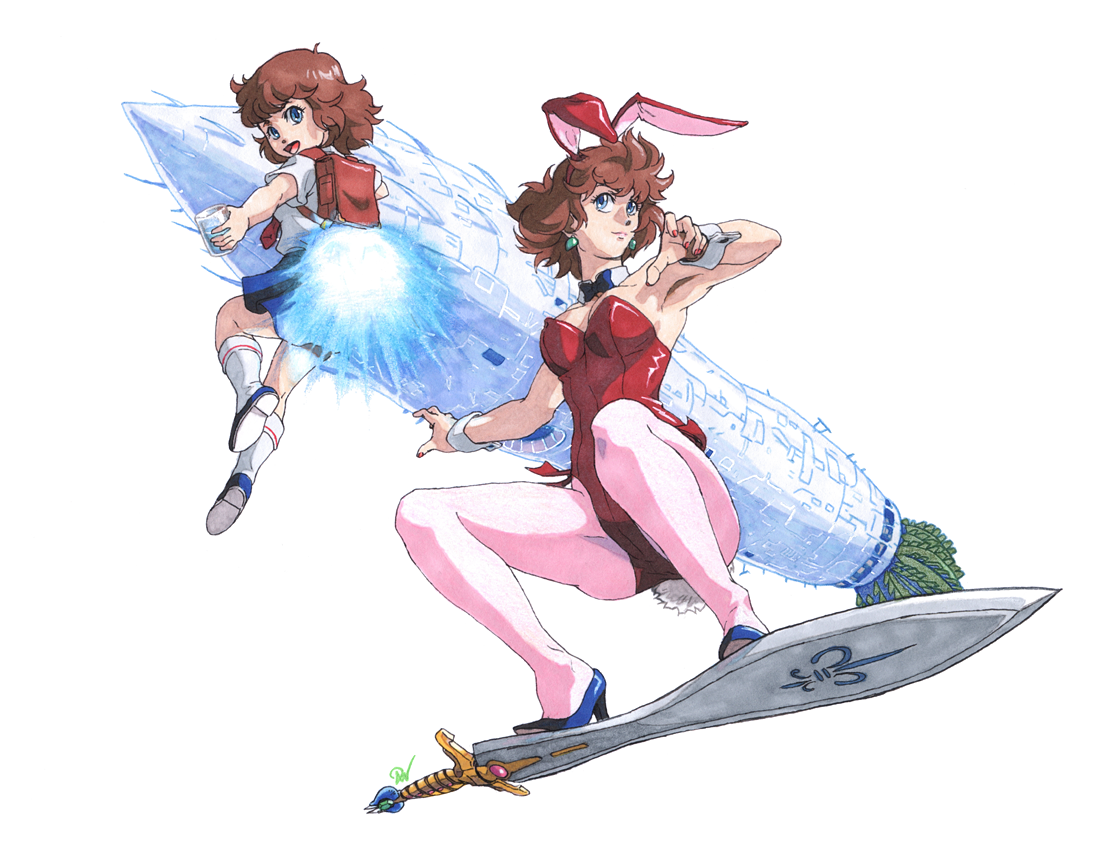 "Message From Another Time"
(from DAICON III & IV Opening Animations)

An homage to the first animation made by studio GAINAX (At the time, called DAICON FILM), the DAICON opening films are two of the most impressive pieces of handmade animation I've stil seen to this day, and the song used (unlawfully, sadly) on the DAICON IV video makes the visuals even more impactful paired with the amazing work of just 12 people.

As for the picture itself, I had a slew of personal experiments, using both markers AND colored pencils as main mediums, baffling angles, and several color-traced objects (The ship, The glass of water and the burst effect). I tried my best to update the characters from their old '80's appearance while remaining faithful to the source. In the end, some of my own personal stylings come through, but I like to think it aids the picture more than hurts it. ^_^;;

Year of the Comet Another commission by Tom Winnicki for his and Ashley Moore's 3rd year anniversary. The theme was, obviously, Char Aznable's infamous "3x faster" trope, so I seated the couple in the captain's Zaku cockpit. A few interesting challenges from this included keeping the attire in the realm of U.C.0079, doing the decals and graffitti on the Zaku itself, and lastly, doing a sky with hazy colony interior visible. Despite my best efforts, this one ended up being a bit late due to unforeseen health and work issues, but still managed to tough through it and get it done for him. 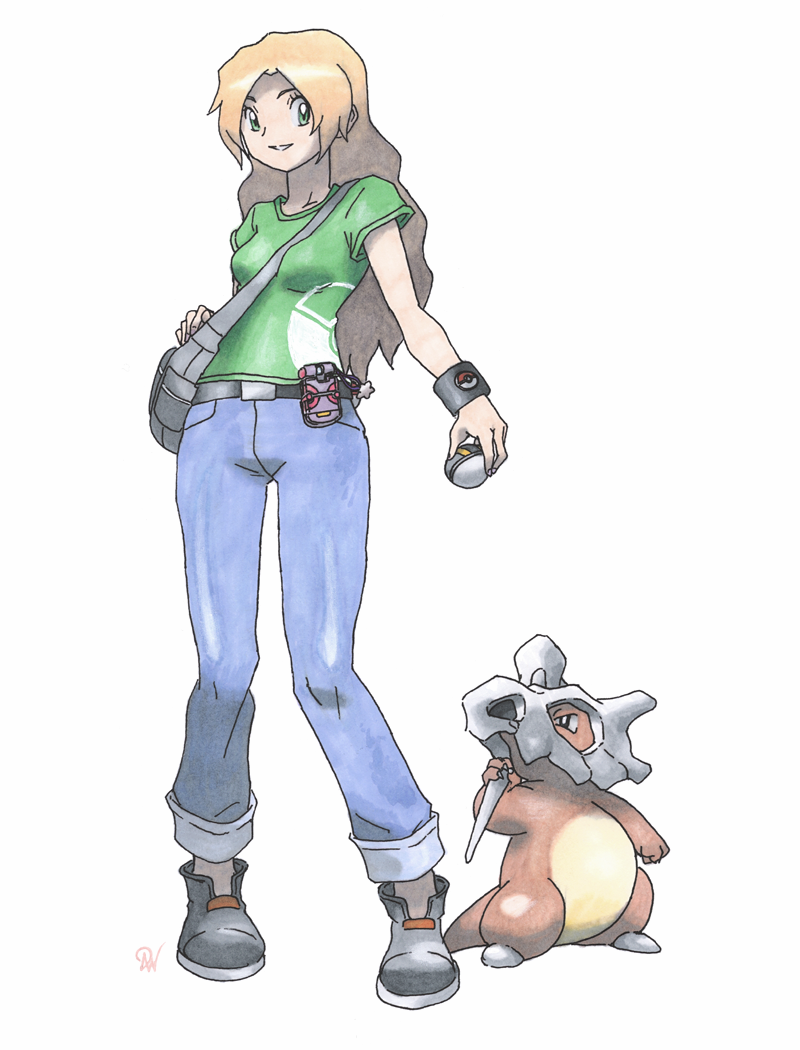 The first *serious* coloring for some linearts I had done a few years back for my friends as Pokémon trainers. I finished this as a birthday present fro my friend Kelli, who plays under the name "Jean" (at least, in Pokémon X), and her favorite Pokémonis Cubone. Doing the newer Sugimori style with traditional mediums was interesting, but I think it was a pretty good success! Which is good, since I have many more I plan to do in the future... 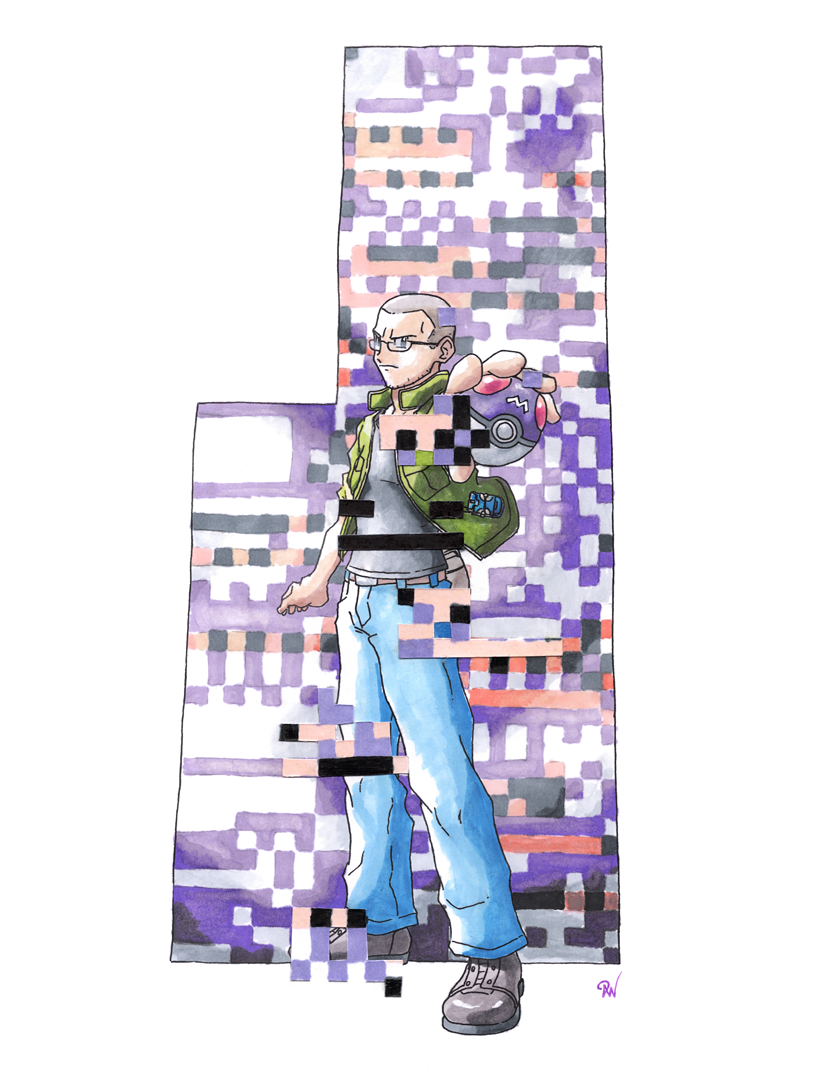 The first coloring to my previous Pokémon Trainer line arts that I never colored, which were based on friends of mine with their Pokémon. This one was kind of a joke one, though, and thus took a far different approach from how the rest will be. I did a bunch of glitch shapes on a separate piece of cardstock and cut them out and pasted them at random places to make the character appear to be "glitching" himself. And, of course, the bugged Master Ball, which is likely in the sixth slot in his bag... XD