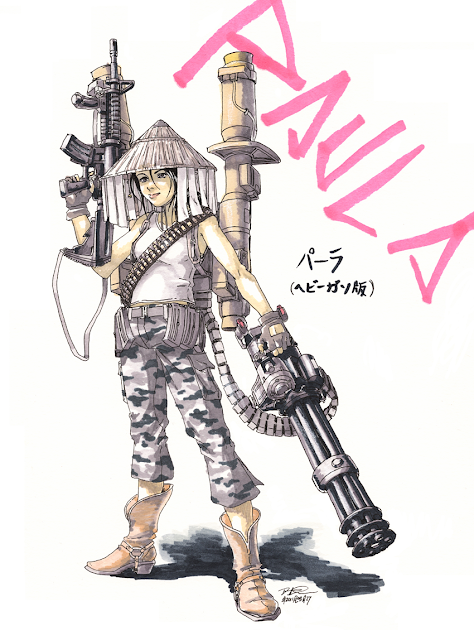 A rather fun one that came up, as a former-co-worker had appeared on one of those "zombie apocalypse" things on facebook where it randomizes your friends list to assign their jobs... Paula is a -at best- 5'1" Japanese girl (and adorable, to boot), so when it assigned her as "heavy gunner", we both knew this had to be done. I got to use my almost-otherwise-useless knowledge of heavy artillery, and did not waste a of effort making sure this looked as ridiculous as possible.
Note: She wanted the Chinese conical hat, despite it being culturally inaccurate... *shrug*

August 27, 2011
Micron pens and Prismacolor markers
on 9x12" vellum bristol board
Posted by OZKai at 8:23 AM No comments: 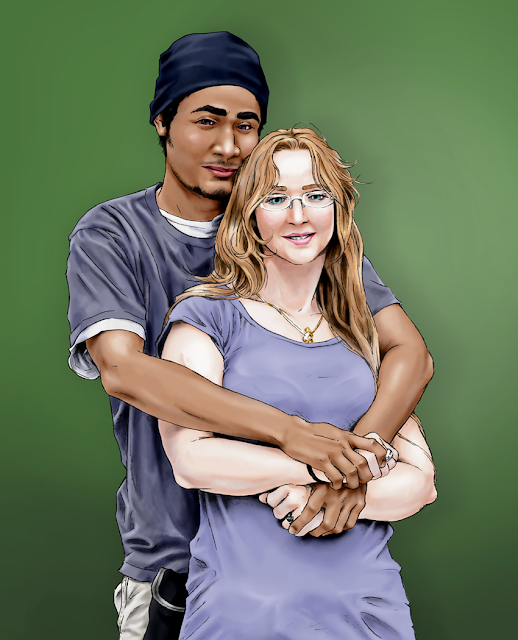 One of my only attempts at photo-realism, this was done for the wedding of my best friends, Kelli and Darryl McGee. This was the second ever piece I did using Photoshop for the colors, and despite some issues (mostly with my tablet), I feel turned out a little better than I expected. I'm not really a fan of photo-realistic art, but I feel they deserved it.